Scale Back with Medical West Hospital!!

Scale Back with Medical West Hospital!! 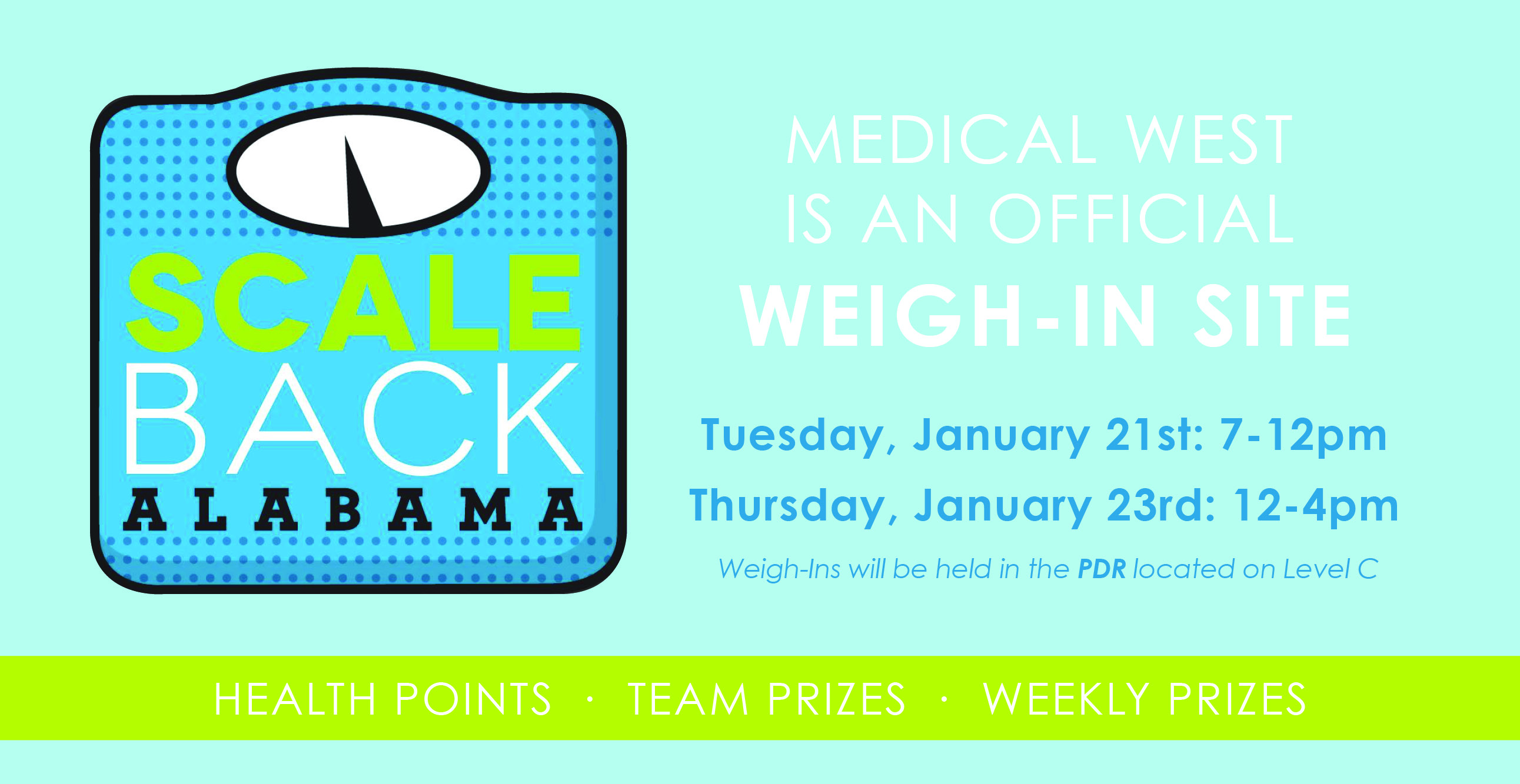 Medical West is once again proud to be an official Weigh-In Site for Scale Back Alabama. Starting the week of January 20th, local residents are invited to sign up for a statewide weight loss contest called “Scale Back Alabama”. The annual 10-week competition encourages Alabamians to lose weight, exercise, establish healthy lifestyle habits and have fun while doing it. Last year’s campaign drew in residents from nearly every county in the state, totaling more than 18,000 people, with a collective reported weight loss of over sixty-thousand pounds.

“The new year is an ideal time for people to establish better habits and make improved lifestyle changes which will result in the enhancement of overall personal health,” said Christina Bunn, Medical West Marketing Director. “Scale Back Alabama makes getting healthy easy and fun. All you have to do to participate in the contest is find three individuals to be on your team and come to Medical West on January 21st or January 23rd to register and weigh in. The contest is free and there are cash prize drawings at the end.”

Medical West is once again encouraging employees and residents in surrounding communities to participate. The hospital will serve as an official weigh-in site on the following dates and times:

To participate or for more information on “Scale Back Alabama,” please contact Medical West Employee Health Coordinator, Ashley King at (205) 481-7357 or log onto www.scalebackalabama.com.