Can You Hear Us Now?

Can You Hear Us Now? 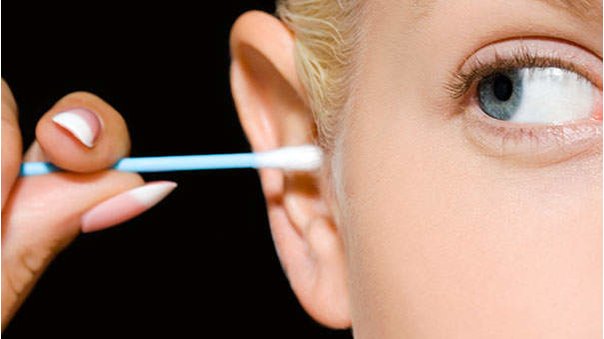 Having trouble hearing? While instant worry of hearing loss can come to mind when you begin having difficulty hearing, the issue might not be as severe as you might originally think it to be.

Some instances of hearing issues can be caused by a build-up of excess earwax blocking up the passages within the ears, making it difficult to hear. Therefore, all you need is to follow steps to clean your ears properly, and your hearing will be as good as new!

Chances are that by now you have heard about the dangers associated with cleaning your ears with a cotton swab (also known as a “Q-tip”). Fortunately, there are other methods of cleaning your ears that are just as effective and reduce your risk of damaging the inside of your ear canal.

For starters, if you try to remove earwax at home, you might want to first try wiping the area of the ear with a warm, damp washcloth. Products like baby oil, hydrogen peroxide, and/or saline can help to soften the earwax, if you feel as though you are having issues wiping it away with just the damp washcloth.

If you do decide to try to use cotton swabs to help remove excess earwax from your ear, make sure to avoid inserting the Q-tip directly into the ear, which could cause you to damage the ear canal. Again, if you feel you are running into issues with even the Q-tip, try using an earwax softener to help soften the earwax and make it easier for removal.

You also will want to go back with the damp washcloth to remove any earwax that might have been placed on the outside or around the ear after using a Q-tip to ensure all excess earwax has been removed.

If it has been a while since you last cleaned your ears, excess earwax can continue to build-up, causing bacteria, dirt, and other debris to accumulate inside the ear canal. When this happens, impaction occurs, which can leave you with symptoms, such as:

People who are most likely to experience impaction include those who use hearing aids or ear plugs, older adults, and people who experience developmental disabilities. However, anyone can fall to risk of impaction, especially if regular ear cleaning doesn’t take place.

If you are experiencing any of the symptoms of impaction, you want to make sure you make an appointment with an ear, nose, and throat physician, who can help to ensure further damage to the ear is not caused by earwax build-up. In addition, he or she can also utilize special instruments, such as a cerumen spoon, forceps, or suction device, to clear any blockage that might be occurring in your ear.

Are you having trouble with your hearing? Make an appointment an ENT at Medical West Otolaryngologytoday who can help make sure the proper diagnosis and treatment plan is made to help you hearing as good as new!