Depression: Understanding the symptoms and finding the support you need

Depression: Understanding the symptoms and finding the support you need 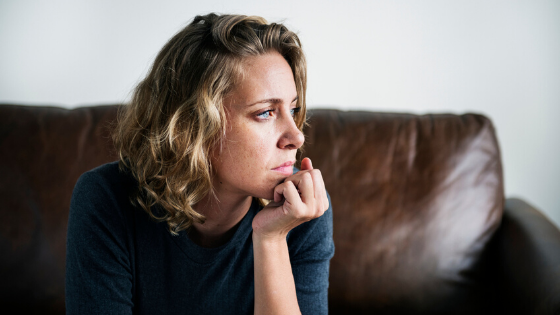 More than 300 million people around the world suffer from depression, and unfortunately, that number is on the rise. Experts estimate that 15 percent of the adult population will experience depression at some point in their lifetime. Children and adolescents are also affected by depression. In fact, 3.1 million young people between the ages of 12 and 17 have experienced at least one major depressive episode in the past year in the U.S.

Depression is widespread, dangerous, and even impacts our economy. According to the World Health Organization, depression is the leading cause of disability and is a major contributor to the overall global burden of disease.

Fortunately, depression a very treatable disorder. To prevent depression from becoming life-threating, it is vital to raise awareness of its seriousness and understand the common symptoms, risk factors, and treatments.

While many people casually claim to be “depressed” following unfortunate events or circumstances, depression is more than severe sadness, grief, mourning, or bereavement. Depression, or major depressive disorder, is a serious medical illness that negatively affects how you feel, think, and act. It is a mood disorder characterized by prolonged feelings of sadness and loss of interest in daily activities.

The Diagnostic and Statistical Manual of Mental Disorders (DSM-V) defines a major depressive episode as “at least two weeks of a depressed mood or loss of interest or pleasure in almost all activities, as well as at least five other symptoms.”

While there are several types of depression, they share these common signs and symptoms:

Some lesser-known, surprising symptoms of depression include:

Are you or a loved one displaying these symptoms? Experiencing a combination of the above symptoms for a prolonged period (at least two weeks) may indicate that you or your loved one is having a depressive episode.

The truth is that between 80 and 90 percent of people eventually respond well to treatment, and almost all patients gain some relief from their symptoms. Studies show that a combination of psychotherapy and medication is an effective way to treat depression, but each person is different. If you are worried that you or a loved one is experiencing depression, it’s important to see a doctor who can determine the right treatment plan.

If you’d like to talk to a doctor about depression, call 205-996-WEST to schedule an appointment for an evaluation with a Medical West provider. We are here to serve the communities of Hoover, Bessemer, McCalla, and Vance, and more!