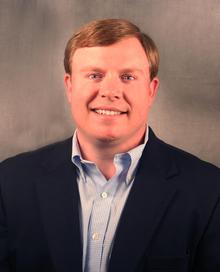 As you have seen in this space and in others around the web, early detection has become a major piece of successful healthcare. We are fortunate to be living in a time that has seen miraculous improvements in healthcare knowledge and techniques, that almost everything has become treatable, if not curable.

I wanted to start by saying that because I know how scary the thought of breast cancer can be. What I want to focus on here is once an irregularity is discovered, is the process of detecting cancer, surgical options, and reconstruction.

Of course, I would be remiss to not encourage breast self-examinations. Early detection is such an important piece of the treatment puzzle. For information on self-examinations, see the National Breast Cancer's website.

If an irregularity in the breast is discovered - go see your doctor right away (if discovered through a self-exam). Your doctor will likely have a mammogram taken to be sure about the abnormality. Once confirmed, a breast biopsy will be performed, where cells will be removed from the suspicious mass and tested for cancer.

The tests will be run, and if it is indeed cancer, some decisions will have to be made on the best path to proceed. Women and their doctors will consider breast-conserving therapy versus mastectomy.

A mastectomy is a surgery that removes a breast (or both, "double mastectomy"). The determination of whether a mastectomy is necessary will involve several factors, including age, tumor size, the stage of the cancer, if lymph nodes are involved, the menopause status of the patient, and the general health of the patient. In the past, a 'radical' mastectomy (complete removal of breast and nipple) was the standard treatment.

Breast conserving therapy (BCT) basically refers to a breast conserving surgery in which the primary cancerous tumor is removed, followed by radiotherapy (radiation). In general, you are working to heal your current breast(s). Because of the recent advancements in medicine and technology, BCT has shown to be a very effective treatment.  A lymph node biopsy will also be performed with this approach to assess the possible need for chemotherapy, in addition to radiation treatments.

You've seen recently Angelina Jolie opt to have a double mastectomy as a preventive measure. Women who are high risk (genetic or with a family history of the disease) in particular investigate this as an option. Studies show a 90% reduction of occurrence after a preventive mastectomy.

Women who have mastectomies will face the question of reconstruction. It's important to note that what is right for one woman may not be for another. Options include no alteration, wearing external breast pads, or reconstruction using implants or their own tissue.

Like everything else in medicine, techniques for plastic surgery are getting better and better. Breast reconstruction is a good option for women who will be able to cope well with their diagnosis and treatment and do not have any additional medical conditions that could impair healing. The reconstruction can be done at the same time as the mastectomy, or can be delayed.

Again - stay aware with self-examinations. Very, very important. But feel some comfort in knowing that if breast cancer does become part of your life, there is a game plan. Not everyone's is the same, but we have a framework to work from and the ability to tackle it and get you back to living a healthy life.