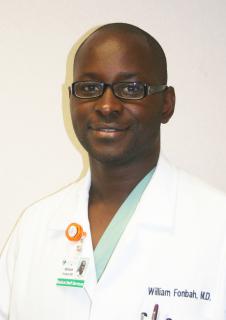 Cardiovascular disease is our nation's #1 killer. Opinions vary on how it's gotten to be - diets, lifestyles, technology's impact on work habits, the way foods are prepared, or any combination of these and more.

However we got here, let's learn more about what is happening when the heart fails. Heart failure (HF) can be defined as a complex clinical syndrome resulting from any structural or functional cardiac disorder that impairs the ability of the ventricle to fill with or eject blood.

Under normal circumstances, the heart accepts blood at low filling pressures during diastole (the heart's relaxation period) and then propels it forward at higher pressures during systole (contraction). A variety of disorders can impair the ability of the heart to meet the metabolic demands of the body.

And, as I mentioned before - HF is all over the place.

HF is caused by an injury to the heart due to hypertension, infections, toxins (alcohol, drugs), valvular diseases, prolonged irregular heartbeats, and/or coronary heart disease.

When a patient is examined with a thorough history and physical exam, as well as laboratory and diagnostic tests, physicians will commonly use the New York Heart Association (NYHA) functional classifications to describe to what degree of physical disability the patient has.

It is curious to note that most people who suffer sudden cardiac death are actually the ones who are minimally symptomatic - which means that people in Class II are more likely to 'drop dead' than those in Class III or IV. The most symptomatic folks experience death caused by heart pump failures (the death is not as sudden).

That's not to get anyone scared - keeping things in perspective, although a person in Class II may have a higher risk of sudden cardiac death, their relative risk of dying is less than those in the higher classes.

As physicians, when we see a patient, we evaluate whether the heart is malfunctioning during the contraction or relaxation stage, what the cause is (hypertension, etc.), define a prognosis, and then devise a therapy strategy. We'll probably do an electrocardiogram (EKG), x-ray the chest, blood work, and run sound waves that evaluate the heart's structure and function (called echocardiography).

In general, if a person is suffering from heart failure, we ask them to modify their lifestyle. Lose weight, stop smoking, avoid alcohol and other substances, and an approved exercise regiment. We'll closely monitor as an outpatient and assign any appropriate medications. External and internal assisting devices may be called for.

Heart disease is generally not curable. But it is treatable. Let's take care of ourselves: