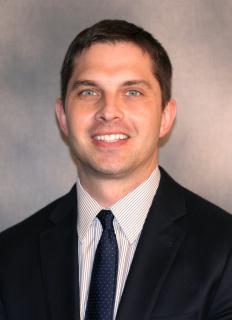 Sleep is a very important activity, that we often take for granted. It is especially important in children as it allows for proper neurological development. One disorder that is more and more common is sleep apnea, or interrupted sleep from breathing issues. We generally associate sleep apnea and distressed breathing while sleeping with adults, but it does occur with children - actually in 3-5% of children.

Sleep apnea manifests in children as either fatigue or hyperactivity, and often children can be mis-diagnosed with ADHD. Children who wet the bed beyond the age of 7 may also have poor sleep, and is common in children with underlying cardiopulmonary disease.

As a parent, some symptoms to look for are loud breathing and/or snoring while sleeping. You may observe some pausing in their breathing and in severe cases they may turn blue from lack oxygen. Children can also fail to gain weight, take longer than expected to feed, and breathing can be stressful.

Physically, the most common cause of obstruction is enlarged tonsils and adenoids. Other less common congenital causes such as a large tongue, set back jaw, nasal stenosis, and other causes of airway narrowing can also be seen.

Treatment depends on the symptoms and severity of the situation. A discussion should be had between the physician and caregivers as to their level of concern, the concerns of possible surgery, and any other notations from an examination. Nasal steroid sprays are options for children with less severe symptoms.

It is true that some children simply ‘outgrow’ the issue without surgical intervention. Generally, your physician can help you with the best course of action. Anatomical obstructions that are the obvious cause will usually require surgery. Adenoidectomy, tonsillectomy, or both is usually recommended first.

If further testing beyond a physical examination is needed, a sleep study will be ordered, which will monitor the patient’s heart rate and oxygen levels. The study will also measure how many arousals they have throughout the night, and brain wave activity.

If Obstructive Sleep Apnea is confirmed, the decision to initiate treatment is made on a case-by-case basis. Children that continue to have sleep apnea symptoms following initial surgery are usually offered further evaluation with a sleep study and potential use of an airway pressure device (CPAP, or BiPAP) or other patient-specific surgical corrections can be discussed.